1. Continuing Development in an ‘impossible profession’?

1. Continuing Development in an ‘impossible profession’?

The more I am developing, the more impossible it gets?

When counselling, psychotherapy, psychoanalysis and associated disciplines are called 'impossible professions', this is often understood as a tongue-in-cheek conversational quip, a collective exclamation of mock exasperation: "What can you do? It's impossible!" - and then we continue as before.

But I have come to think that the quip points to an important, even essential, truth about our work: the therapeutic profession - and the 'helping relationship' generally - hinges on a fundamental paradox, which the quip points to, but does not help us to understand, let alone fully address. Having investigated the kernel of truth inherent in that notion over the last few decades, I now conclude that it has the potential to profoundly enhance our work: when we grasp the nettle which is the impossibility at the heart of our profession, the depth, breadth and effectiveness of our therapy increases dramatically.

This I consider true not only in our therapeutic practice, but even more so in training and CPD: there is something necessarily inherent in the nature of the therapeutic endeavour that does make it impossible. So in what follows, I am proposing to not just entertain the notion or to simply graft it on as one more interesting idea, but to make it the basic foundation on which the framework of our practice, training, and continuing development is built.

In this blog, I would like to invite you on a journey over the coming months, where step by step we circumambulate this central conundrum of our profession, with each turn hopefully getting closer to the paradox waiting at the heart of the maze.

As supervision is the professional activity where our theory meets the nitty-gritty of everyday practice, and where the impossibility arises and needs to be confronted, I will frequently write from a supervisor's perspective. But I hope it will become apparent how the blog is relevant to a wider audience, although it is, of course, mainly addressed to practising therapists and focussed on their continuing professional development.

Why the 'impossible profession'?

Why has our profession acquired that dubious epithet? What actually is it that makes our work 'impossible', and in that respect different from other professions?

People come to us for help as they would to any other professional: they approach us as experts who have invested thousands of pounds in training and thousands of hours in practice, developing certified knowledge and expertise that we then, within the frameworks and structures of our profession, agree to put at our clients' service - like any lawyer, doctor, hairdresser, plumber.

Most of us are wise enough not to promise miracles, but seek instead to address the client's problems to the best of our ability, with a commitment to stand alongside them through any difficulties that might arise in the process. And for all of this, in return we expect to be paid at a thoroughly reasonable hourly rate - it's like any other profession, isn't it? What's different, let alone impossible about that?

What's the difference between plumbing and psychotherapy?

In order to get across to a non-therapist what it is like to be doing psychotherapy in comparison to plumbing, we would have to imagine a pretty unusual plumbing situation: 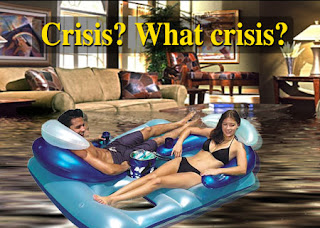 Psychotherapy is like getting called out to an emergency, but when we arrive at the house, the owner insists that there is no plumbing problem: no, this isn't water around their feet, and, no, it's not knee-deep. And he definitely sees no point in us rummaging around in his basement in search of a non-existent issue.

When we finally manage to get down there, we find not a simple leak or a rusty pipe, but that someone's been attacking the pipe-work with a pick-axe. Enquiring about the damage, we're consistently assured that no-one's been in the basement for decades and that the muddy footprints are simply inexplicable.

When the very real problem is eventually acknowledged, it turns out that it's been accumulating in the background for years, and that he's just never got round to picking up the phone for help. It hadn't seemed so serious then, but suddenly the rising damp has turned into a flood and, because it's now so terribly urgent, isn't there a way that we could work faster? Can't we see that he's knee-deep in water?!

As the water level is not immediately going down, the homeowner begins to wonder whether we are indeed properly qualified. In the absence of an immediate solution to a problem decades in the making - that, mind you, sometimes isn't a problem at all - he checks again on our certified credentials, querying the validity of our apprenticeship when it's assessed in comparison with certain other apprenticeships he's heard of.

If eventually some improvement does seem to occur, it's probably because things would have got better anyway, or maybe it's to do with the new roof he's put on his house. So there's won't be any further need to visit the basement, despite our concern that the issue hasn't really been fully resolved ... this is, after all, his private property, and surely he's entitled to do with it as he pleases?

Anyway, why would we be making out that it's a much bigger task than he thinks it is? We're probably just trying to drag out the job and string him along, trying to foster some plumbing-dependency upon him. It's not even like we really care. Evidently we're just doing it for the money which, considering that everything we do is pretty much common sense, is way too expensive, anyway. 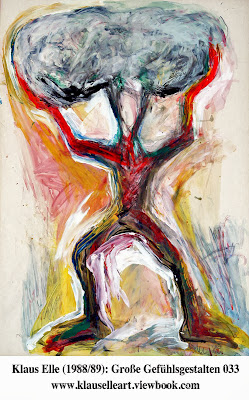 It is the equivalent of this kind of situation which most of us did not bargain for when we signed up for the profession and enrolled in psychotherapy training. But once we start practicing out in the wild and try to make a living from being a therapist, the impossibility of psychotherapy eventually catches up with us. For many of us there comes a point when we feel the erstwhile aspirations of our therapeutic identity run into a brick wall, and - to take a phrase from Rilke - we feel that we may be "pushing through solid rock" 1.

Over 25 years of doing supervision, it has been my privilege to accompany a good number of supervisees through what has variously been considered a disillusionment with therapy, an inexorable eye of the needle, an exciting 'growth opportunity', or simply a crisis point in our professional development. When supervisees hit the impossibility at the heart of the profession, they may start noticing a variety of things which they feel their training has not fully prepared them for.

It then becomes apparent that a great many clients do not want to get better, are ignoring or twisting beyond recognition things that we say, are seemingly sabotaging the treatment and hell-bent on perpetuating self-destructive patterns in spite of all the insight and awareness we thought we had generated together. Many clients desperately demand change, but do their utmost to avoid it like the plague, even if it's offered on a plate. They demand that we 'fix' them and give them relief from their pain, or at least deliver symptom reduction, but are not willing to engage or explore. Many clients do not seem especially interested in their feelings, let alone inclined to take responsibility for them. When clients are ready to bail out of the process at the slightest obstacle, therapists discover that clients are not that forthcoming and co-operative, and that the working alliance is a paradoxical and more elusive beast than we had expected.

On balance, it turns out, clients are much less keen on developing psychological mindedness than we are accustomed to amongst peers in our trainings and protected therapeutic sub-cultures.

If therapy works at all, it's not working as expected, and certainly not according to the text-book or training manual, and it is much harder work than was anticipated.

It is not surprising that some therapists throw in the towel after a few rounds. Having laboured under the impression that - so long as they faithfully, correctly, thoroughly, and sincerely applied what they were taught - most clients would be helped, leaving therapy cheerfully and gratefully, therapists are inclined to blame themselves when things don't work out like that in actual practice. But rather than questioning the limitations of the profession's received wisdoms, they imagine their difficulties are their own stuff, inadequacy or incompetence.

Therapists come to this understandable conclusion because much psychotherapy is indeed taught and sold on the assumption that therapy is possible, progress is achievable, our theories are dependable, and success is a reliable function of our professional expertise and heart-felt application. Most therapy is indeed taught as if there is a 'right' way of doing it (never mind that there are so many - and so many contradictory - ways of supposedly getting it 'right').

So if a therapist feels as if they are failing to deliver this supposedly linear process, it must be their own individual fault or shortcoming. After all - in Mick Cooper's quote of Carl Rogers' felicitous phrase 2: "the facts are friendly"-research bears out that therapy, on the whole, does seem to work. As we know from psychotherapy outcome research throughout several decades, the most robust finding, established over and over again, has been: all therapies - irrespective of theoretical model or practical technique - do work. So, as expressed in the famous Dodo-bird verdict 3: all of them are winners and all of them must have prizes.

So why do therapists regularly come to this crisis point in their career where they feel they are failing and that it's not working? Why am I insisting that therapy is indeed an 'impossible profession'? After all, many clients do benefit, and some do leave gratefully and cheerfully - so does that not prove that therapy is possible, that it does work?

Yes, it does, but - in my view - not at all in the straightforward way that traditionally our profession has been assuming and our trainings have been claiming.

A German rhyme by Erich Kaestner, based on a famous line from a Goethe poem, comes to mind - loosely translated:

All theory is grey, when you want it to work, it goes astray.
But practice is awry, it's working and nobody knows why.

Therapy does work, but on the whole very haphazardly, it seems to me. In our relatively young discipline, born in the 19th century and wedded to 20th century assumptions, it's still largely a hit-and-miss affair. And until we take the fundamental impossibility of psychotherapy more seriously, accept it and attend to it moment to moment, inhabit it, I'm afraid we'll remain lumbered with that haphazardness. Until we thoroughly take the inherent impossibility on board, we're like dentists working with carpentry tools.

Acknowledgement and thanks go to my friends and colleagues Russell Rose, Thom Osborn and Anthony Landale for help with drafts of this blog.

It's possible I am pushing through solid rock

in flintlike layers, as the ore lies, alone;

I am such a long way in, I see no way through,

and no space: everything is close to my face,

and everything close to my face is stone.

I don't have much knowledge yet in grief

so this massive darkness makes me small.

You be the master: make yourself fierce, break in:

then your great transforming will happen to me,

and my great grief cry will happen to you.

This site uses Akismet to reduce spam. Learn how your comment data is processed.